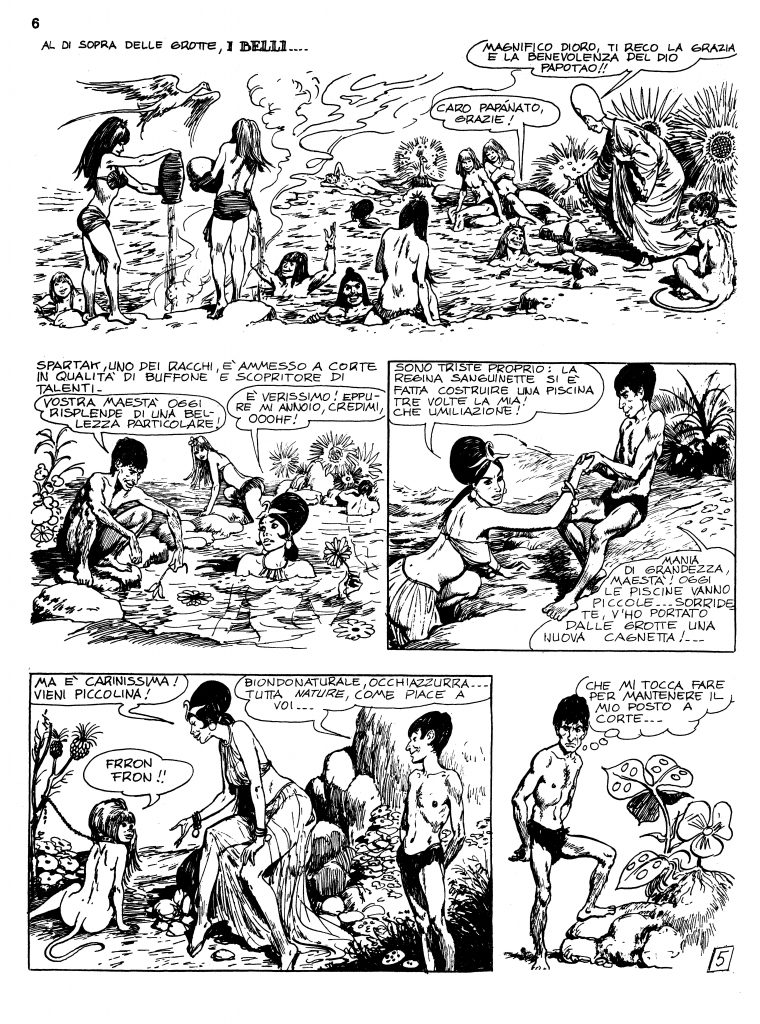 Guido Buzzelli (27 July 1927 – 25 January 1992, Italy)  the son of a painter, made his artistic debut at the age of nineteen, when his first caricatures were published in the newspaper Argentovivo. During the next ten years, he worked in comics, specializing in making cover illustrations for publications such as ‘Raff Poigno d’Acciaco’ and adventure series like ‘Flash Gordon’ and ‘The Phantom’.In 1954, he moved to England, where he created the comic ‘Angélique’ for the Daily Mirror. Back in Italy, he devoted himself to painting for a while, but at the end of the 1960s he returned to the comics field with a more personal production, ‘La Rivolta dei Racchi’. After this story was translated into French, it was published in Charlie Mensuel, which also published Buzzelli’s ‘Les Labyrinthes’, ‘Zil Zebub’, ‘H.P.’ and many more.

In 1976, working with writer Gino d’Antonio, he made ‘l’Homme de Bengale’, and in 1981, he contributed to the series ‘L’Histoire du Far West en Bandes Dessinées’, edited by Larousse.