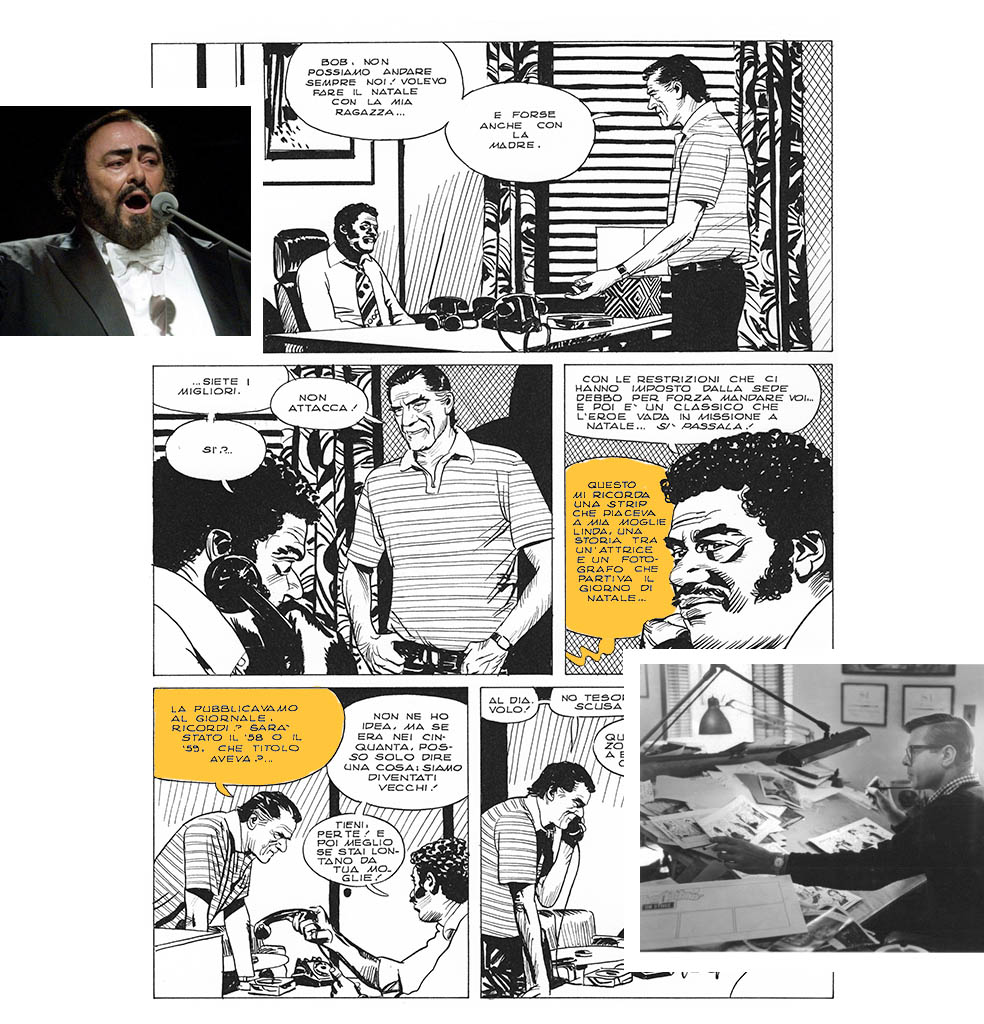 The adventures of two T.V. journalists – in the 80s – whose jobs lead them to come up against major and minor dramas.

Leonard Starr (28 October 1925 – 30 June 2015, USA)  is an American comic book artist, whose credits vary from Golden Age comic books and advertisements to soap opera newspaper comics and stories for European comic magazines. Born in New York City, Starr got his art education from Manhattan’s High School of Music and Art and the Pratt Institute. While still attending Pratt, he did his first comic book artwork through the Chesler shop and Funnies Inc. in 1942. He collaborated on ‘The Sub-Mariner’ and ‘Human Torch’ for Timely and on ‘Don Winslow of the Navy’ for Fawcett Comics. He also worked for a variety of other publishers, including Better Publications, Consolidated Book, Croyden Publications, E. R. Ross Publishing, Hillman Periodicals and Crestwood.

Luciano Pavarotti (12 October 1935 – 6 September 2007) was an Italian operatic tenor who during the late part of his career crossed over into popular music, eventually becoming one of the most acclaimed and loved tenors of all times. He made numerous recordings of complete operas and individual arias, gaining worldwide fame for the quality of his tone, and eventually established himself as one of the finest tenors of the 20th century, achieving the honorific title “King of the High Cs”.