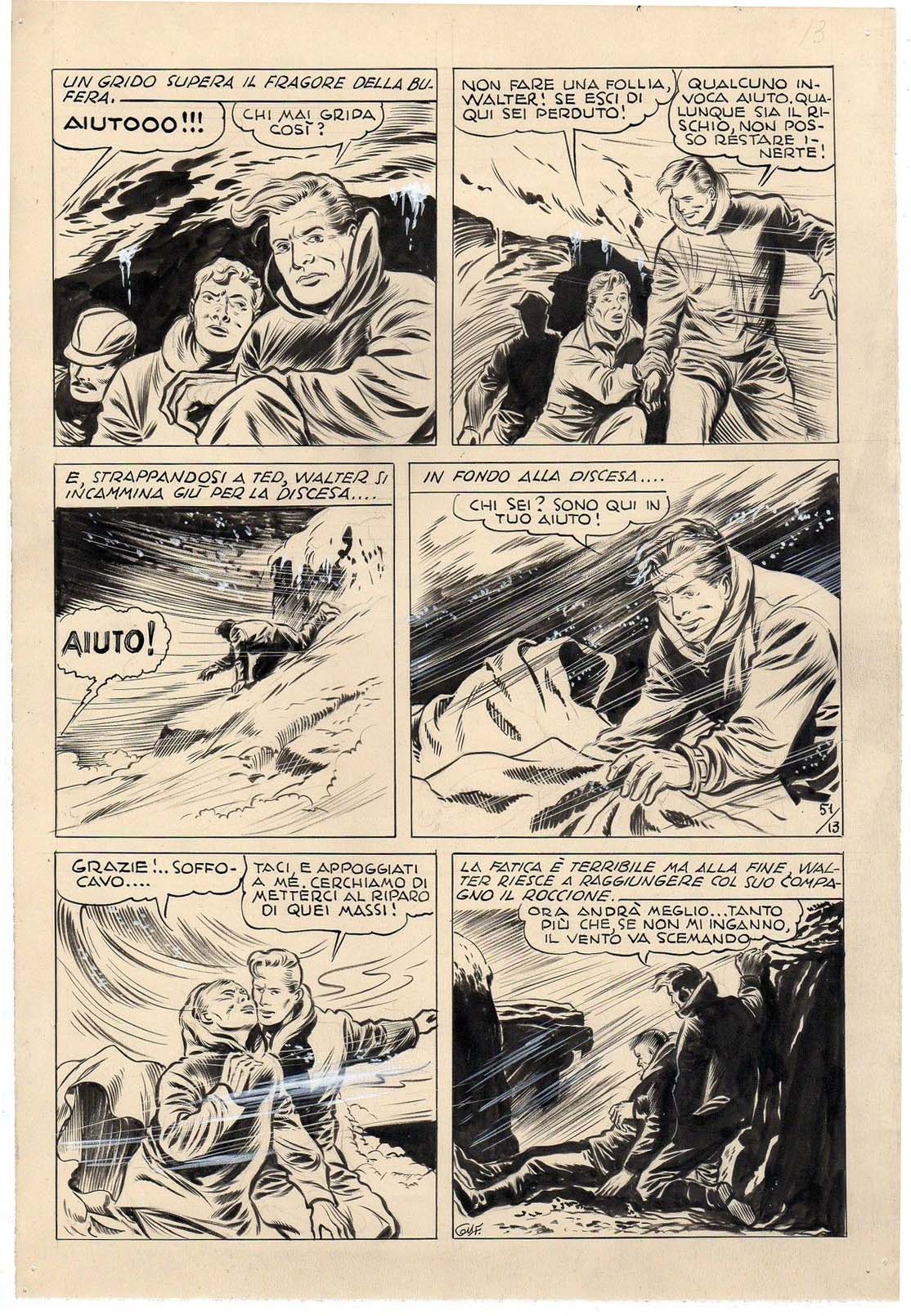 Liliana Fantoni (16 January 1920 – 2 December 2016)  was an Italian female comics artist, who cooperated a lot with her father Guido and her brother Mario.

She was born in 1920 and made her debut in Modellina, the children’s supplement of the magazine Modella. Fantoni then made the adventure serials ‘Le Avventure di Straccetto’ and ‘La Banda dagli Speroni d’Argento’ for the comics paper Giornale dei Ragazzi from Naples in the period 1944-1946. After World War II, she then went to work as her father’s assistant. In 1953, Fantoni drew the fairy tale ‘Gianforte’ from a script by Giuseppe Madonia, which was published in Collana del Trifoglio at Bonelli’s Casa Editrice Audace. She also made fairy tale comics for the Dardo publications Chicchirichì and Crì Crì in the early 1950s.

Mario Fantoni (16 January 1926 – 16 November 2012) was the son of the Italian comic artist Guido Fantoni, who worked for the Florentine publisher Mario Nerbini in the 1940s and 1950s. Where his father was mainly a realistic artist, Mario Fantoni focused more on (verbal) humor.

He was born in 1926 and did his first art job at the age of 13 as an apprentice of the comic artist Buriko, drawing a comic based on the fairy tale ‘Little Thumbling’ (‘Pollicino’) in the Nerbini publication Pisellino. During World War II, he drew for the weekly magazine Brivido, and the feature ‘Ghigo Investigatore’ (1943) for Mondadori’s Topolino magazine. For the Giornale dei Ragazzi from Naples, he drew a comic about ‘Robin Perry’, a swordfighting man with a pearhead, between 1944 and 1946.