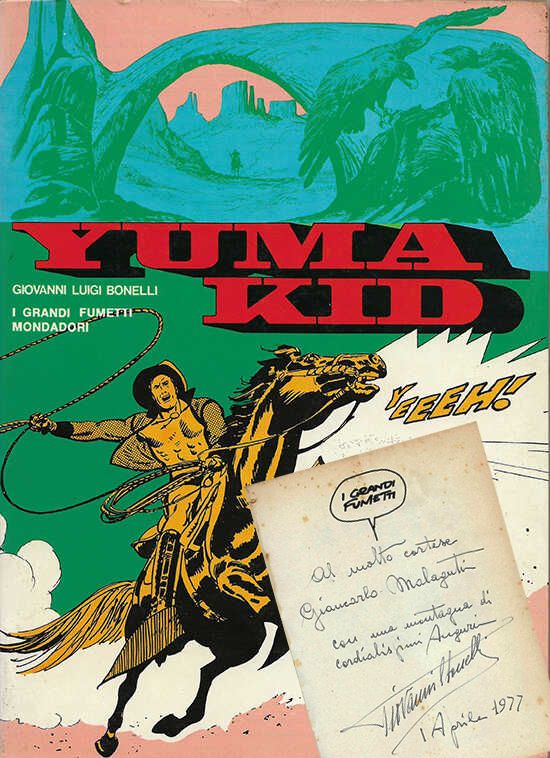 Jorge Luis Moliterni (1933 – 18 April 1979, Argentina)  began his career in advertisement, but started working in comics full time from 1957. His early work, that included episodes of ‘Lord Crack’, appeared in periodicals like Hora Cero and Frontera. He alternated with several other artists on Hugo Pratt’s ‘Ernie Pike’ and ‘Sargento Kirk’ series. He drew the ‘Watami’ series with scripts by Hector German Oesterheld in Misterix from 1962.

In the mid-1960s, Moliterni began working for international publishers and agencies, such as the Fleetway in Britain and the Charlton Comics in the USA(as George Moliterni). His UK work was mainly related to World War II subjects, including contributions to the War and Battle picture libraries, and episodes of ‘Codename: Warlord’ to Warlord, but also stories for girls’ magazines. In the Italian magazine Il Corriere dei Regazzi, he produced the adventures of Davy Crockett’s son ‘Bob Crockett’ from 1972. Shortly before his death, Moliterni drew ‘Los Profesionales’ for Ediciones Record. Jorge Moliterni died in 1979.