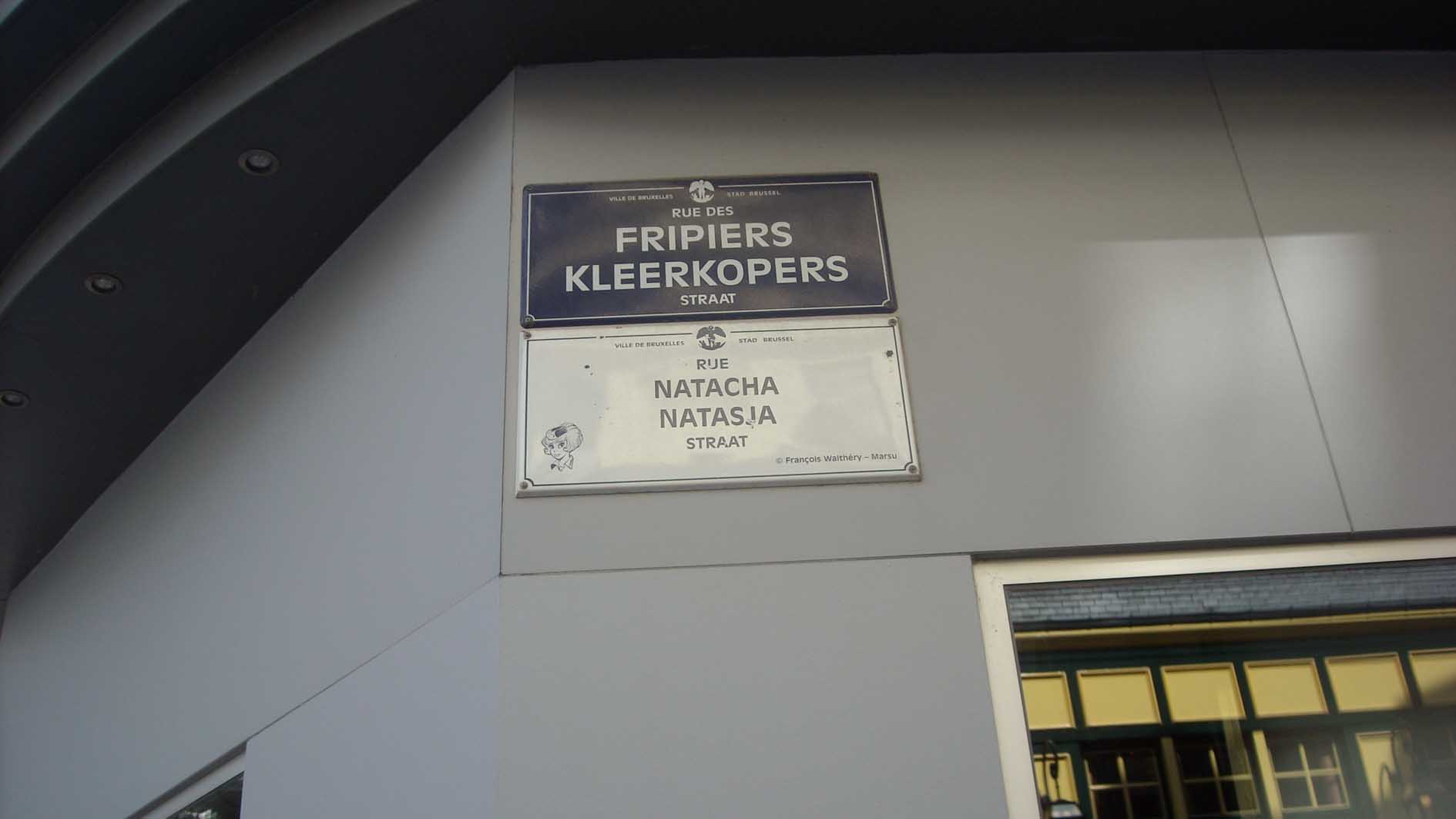 The street dedicated to Natacha. Natacha is a Franco-Belgian comics series, created by François Walthéry and Gos. Drawn by Walthéry, its stories have been written by several authors including Gos, Peyo, Maurice Tillieux, Raoul Cauvin and Marc Wasterlain.[1] It was first published in the Franco-Belgian comics magazine Spirou on February 26, 1970. The series eventually ended serial publication in Spirou, leaving its publisher Dupuis, and began publishing albums only through Marsu Productions in 1989, starting with the album Cauchemirage.

Walthéry began his career in 1962 during studies at the Institut Saint-Luc in Liège, when he collaborated with scenario writer Mittéï to create his first comic, Pipo. The following year, Walthéry started working for Peyo, assisting on The Smurfs, Johan et Pirlouit and Benoît Brisefer. Eventually he assumed creative responsibility of the series Jacky et Célestin, taking over from Will.

He started his best known work series in 1967, working with a script by Gos to create Natacha. Several years in the making, the series did not make its debut until 26 February 1970, in the Franco-Belgian comics magazine Spirou.